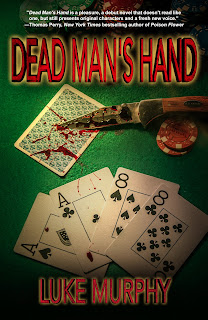 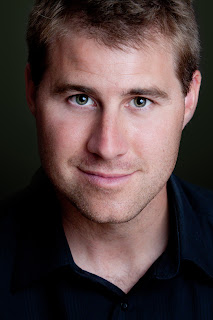 From a family of avid readers, even as a child, I always had a passion for books. Whether it was
reading novels on road trips or writing assignments in school, literature was always part of my
life.


In the winter of 2000, after sustaining a season ending eye injury while playing professional
hockey in Oklahoma City, I found myself with a lot of time on my hands, and a new hobby
emerged.

I didn’t write with the intention of being published. I wrote for the love of writing, as a hobby.
I continued to hobby write through the years, honing my craft, making time between work and
family obligations.

Then I made a decision to take my interest one step further. I’ve never been one to take things
lightly or jump in half way. I took a full year off from writing to study the craft.
I constantly read, from novels in my favorite genres to books written by experts in the writing
field. My first two purchases were “Stein on Writing”, a book written by successful editor Sol
Stein, and “Self-Editing for Fiction Writers” by Renni Browne and Dave King.

I read through these novels and highlighted important answers to my questions. My major
breakthrough from Stein’s book was to “Show don’t Tell”. I had to trust my readers. I even
wrote that phrase on a sticky note and put it on my computer monitor.

The Self-Editing book helped me learn how to cut the FAT off my manuscript, eliminating
unnecessary details, making it more lean and crisp, with a better flow. I learned to cut repetition
and remain consistent throughout the novel.

I continually researched the internet, reading up on the industry and process “What is selling?”
and “Who is buying?” were my two major questions.


I attended the “Bloody Words” writing conference in Ottawa, Canada, rubbing elbows with
other writers, editors, agents and publishers. I made friends (published and unpublished authors),
bombarding them with questions, learning what it took to become successful.

Feeling that I was finally prepared, in the winter of 2007, with an idea in mind and an outline on
paper, I started to write DEAD MAN`S HAND. It took me two years (working around full time
jobs) to complete the first draft of my novel.

The first person to read my completed manuscript was my former high school English teacher.
With her experience and wisdom, she gave me some very helpful advice. I then hired McCarthy
Creative Services to help edit DEAD MAN’S HAND, to make it the best possible novel.

I joined a critique group, teaming up with published authors Nadine Doolittle and Kathy
Leveille, and exchanging manuscripts and information. Working with an editor and other authors
was very rewarding and not only made my novel better, but made me a better writer.

When I was ready, I researched agents who fit my criteria (successful, worked with my genres,
etc.) and sent out query letters. After six months of rejections, I pulled my manuscript back and
worked on it again. Then in my next round of proposals, I was offered representation by the
Jennifer Lyons Literary Agency.

After months of editing with Jennifer, and more rejections from publishers, my dream
was finally realized in April, 2012, when I signed a publishing contract with Imajin Books
(Edmonton, Alberta).

What happens when the deck is stacked against you…

From NFL rising-star prospect to wanted fugitive, Calvin Watters is a sadistic African-American Las
Vegas debt-collector framed by a murderer who, like the Vegas Police, finds him to be the perfect fallguy.

…and the cards don't fall your way?

When the brutal slaying of a prominent casino owner is followed by the murder of a well-known bookie, Detective Dale Dayton is thrown into the middle of a highly political case and leads the largest homicide investigation in Vegas in the last twelve years.

What if you're dealt a Dead Man's Hand?

Against his superiors and better judgment, Dayton is willing to give Calvin one last chance. To redeem himself, Calvin must prove his innocence by finding the real killer, while avoiding the LVMPD, as well as protect the woman he loves from a professional assassin hired to silence them.

“You may want to give it the whole night, just to see how it turns out.”—William Martin, New
York Times bestselling author of The Lincoln Letter

Luke Murphy lives in Shawville, Quebec with his wife, three daughters and pug.